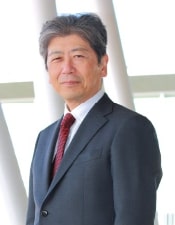 Counseling II
Psychoanalysis, founded by Sigmund Freud at the end of the 19th century, has had a great impact not only on psychiatry and psychology in the 20th century, but also on the fields of art and literature. With this laboratory’s tradition of being presided over by two of Japan’s leading psychoanalysts, Shigeharu Maeda and Osamu Kitayama, we tend to attract people who are interested in psychoanalysis, and we read texts on psychoanalytic psychotherapy in our study group. At the same time, we are also open to clinical psychology research that complements modern medicine and medical treatment, such as quantitative psychology of personality disorders and research on the effects of cognitive behavioral therapy. I am also interested in the psychotherapy trends of other countries.